Danny Rau cites his time as a varsity athlete at Virginia Tech as his proudest running accomplishment – but it was an experience that almost ended as soon as it started.

He was cut from the Hokies cross country squad as a freshman after just one semester of cross country – making him another casualty in the tough transition from high school to college running.

“I think for everyone it is tough going from top ‘dawg’ in high school at age 18 to racing against 22 and 23-year-old men, in addition to the training just being another level,” Danny said. “For me, it was particularly brutal. I wanted to be ready and impress, so the summer before coming to Tech I did everything coach [Ben Thomas] wanted, all the miles and workouts. I burned out fairly quickly and ended up getting hurt in the fall — pretty much my only running injury — then got cut from the team.”

College running is a sport of attrition, especially at the Division 1 level, so it would have been easy for Danny to walk away to focus on his engineering coursework.

But he chose another path.

“I used the rest of my freshman year to slowly build up my mileage and get used to running college workouts but on my own pace, not killing myself to keep up with the top runners,” he said. “I ran and raced a lot with the VT Running Club which allowed me to race college people. I met a lot of great people on the running club.”

The next fall he earned his way back on to the varsity team – where he stayed until graduating in 2017.

“Running is a cruel mistress,” he said. “For every great moment there feels like one — or more — awful moments. College running with intense training and cutthroat competition is no exception. Therefore, I think my accomplishment was making it through 4 years — well, 3.5 years LOL — as a varsity athlete. Being able to endure the lows of the sport and graduate with an engineering degree is something I am very proud of. The lessons I learned are invaluable. In the end, it really ended up working out great.”

As a VT grad student, Rau is now starting to make his mark on the local racing scene. He won this year’s Blacksburg Classic 10-miler before switching his training focus to his first-ever trail ultra – the Eastern Divide 50K where he finished in second place.

Share a few miles running with Danny and you learn very quickly that he’s more than fast and fiercely competitive. He’s also funny  — quite the talker once he gets to know you – and passionate about what makes a good slice of pizza and the perfect bagel.

Graduate school: Working on my Ph.D in Mechanical Engineering at Virginia Tech (Wasn’t quite yet ready to leave Blacksburg). I research Additive Manufacturing, or 3D printing, which I think is really cool.

Why did you start running? I had always run local 5K races as a young kid. In 8thgrade, I didn’t want to play soccer anymore (I was pretty bad and hated it). I begged my mom to let me stop, and she said I only could if I did the local junior striders program (I guess she was worried about me becoming fat or lazy). I did that program and that was the first time I began training for real, not just running races. In high school, running really became serious with me doing cross country and outdoor track. My junior year I finally made it to an all-year runner and replaced wrestling with indoor track.

What led you to Virginia Tech? I knew I wanted to go to a large engineering school. I was going to go somewhere for engineering first, and if I could run for the school it was an added benefit. Ultimately, it came down to Maryland, Penn State, and Virginia Tech. They all had similarly-ranked engineering programs. Maryland was my hometown school but unfortunately, they cut their track/xc program, so it really became between Penn State and Virginia Tech. I just liked VT more.

How did you excel in the classroom and balance that with running on the team? I know this sounds crazy but running helped me in the classroom a tremendous amount. First, it gave me something to motivate me and keep me on a schedule. Many college students come in and suddenly have no set schedule or deadlines and struggle to stay on top of their work. That’s how you get these people who never go to class, stay up till 3 am every day, and eat Chick Fil A for every meal. I had the opposite, I had to be up early, finish my work by practice, and get decent sleep. It really helped keep me on a schedule and focused which was probably good.

Some of my best friends on the team were also MEs and we studied together constantly. We helped each other so much. I really do not know if I could have done it alone.

After getting cut as a freshman, how difficult was it to earn your spot back? So after I spent my freshman year building up, I was in a much better spot to handle the training. Another big difference is, I also started lifting weights more which really helped me continue to train so intensely without getting hurt. Like seriously, the notion that distance runners are skinny and shouldn’t lift is very very wrong (I digress…..). I put a great summer of work in and came back to school in the fall ready to roll.

Coach had told me if I ran well in the first cross country 6K I would get a spot back on the team. In that first race, I was running in the lead pack and halfway through they stopped the race due to lighting. Like literally told everyone to stop. I will never forget all of us coming to a stop and looking at each other just completely bewildered. I also remember a fan screaming “let the boys play!” which I thought was hilarious.

But for me I was absolutely crushed after the race- I had trained all summer for that race and they just stopped it halfway through. After that race I hammered 5x1k on the track at probably the fastest I have ever run them, just running on pure frustration. Luckily, 2 weeks later I was able to run an 8k race. It was a tough race but I was able to hang on for dear life and finish with the pack of people on the team. Coach let me back on the team.

How did you get connected to the Blacksburg running community? After entering grad school, I decided it was time to focus on my academics/career so I was done running on the team. It was a weird time in my running life, after training so intensely (usually twice a day) for so many years I just really wasn’t running anymore. Mostly I was eating Chick Fil A for every meal like the freshman I talked about earlier.

However, I would run with George Carter maybe once a week. Once I did this for a few months, I started to get the itch to run more so George convinced me to come to the Wednesday group runs at Runabout Sports.

Darren Driscoll jokes that the first Wednesday group run I didn’t talk the whole first half of the run until someone asked who I was, then I haven’t stopped talking since.

Eventually this led me to coming to the legendary Track Tuesdays.

What’s Track Tuesday? We have such a diverse group with different backgrounds and goals it’s hard to describe. I think it boils down to just a bunch of us who want to get hard workouts in that suck to do alone, so we come and do it together which makes it much easier. Especially in the dead of winter when it’s dark at 6:30 pm and the wind is blowing 30 mph, I know I wouldn’t be working out if it wasn’t for Track Tuesday. In addition, it motivates me to run the other days of the week, gotta stay fit so I don’t get my butt whooped.

How difficult is it to balance running/training with your work? When I am not lazy, it’s no problem. I probably do my best work after runs and my head is clear.

Who inspires and/or motivates you? Mentors? Really, over the years I have had the opportunities to run with and become friends with some amazing people. Too many people to name, but trust me, I have gotten to know some great people just by both of us sharing the goal of wanting to get a run in. On those runs, it may be formal mentorship, just sharing a good laugh, gossip, complaining, or the quiet of a run as we get into the rhythm of a hard session. But I really cherish those friendships and times. Y’all know who you are.

Worst injury? I have been lucky that I have never had any major injuries. By far the most frustrating was going through the season with just this constant nagging Achilles pain. It was always there and I could never get it to go away, not bad enough that I could not run but it hurt. I would do my exercises and treatments so I could minimize the pain to do a workout, then do a hard session which would make it worse, so back to the treatments. It was a vicious cycle I repeated over and over until the season was over and I took a few weeks off.

Advice for new runners? Success in running comes from consistency. Months on end just putting work in. It’s fine if you miss a day or two, just not going a week without running. And your runs don’t have to even be impressive, just getting out the door and getting something in. I know how important this is because it’s something I am always working on.

Trails or roads? Trails. Actually, my favorite surface is grass, preferably barefoot. My second favorite is dirt/gravel roads. Really, any soft surfaces, but grass and dirt roads allow me to fly more than trails.

Any running superstitions or rituals? I am pretty much a show up and run type guy. Not one to make a big deal about getting ready or any fancy routines. At the end of the day it is just running, no need to overthink it. With that being said, I am super weird about wearing gloves during the winter. I believe very strongly you cannot wear gloves until it’s pretty cold- like 35 F because you need to acclimate your hands to the cold so when it gets really cold they are ready. People have told me this is stupid, but whatever, it works for me. Oh and coffee, I ain’t running a step without coffee.

I feel very strongly about these opinions, and if you have run with me, you have probably heard about them:

Jordan Chang shares his passion for running and community.

A thank you to James Demarco and Runabout Sports

Josh Norris: Ready to take on the World Games 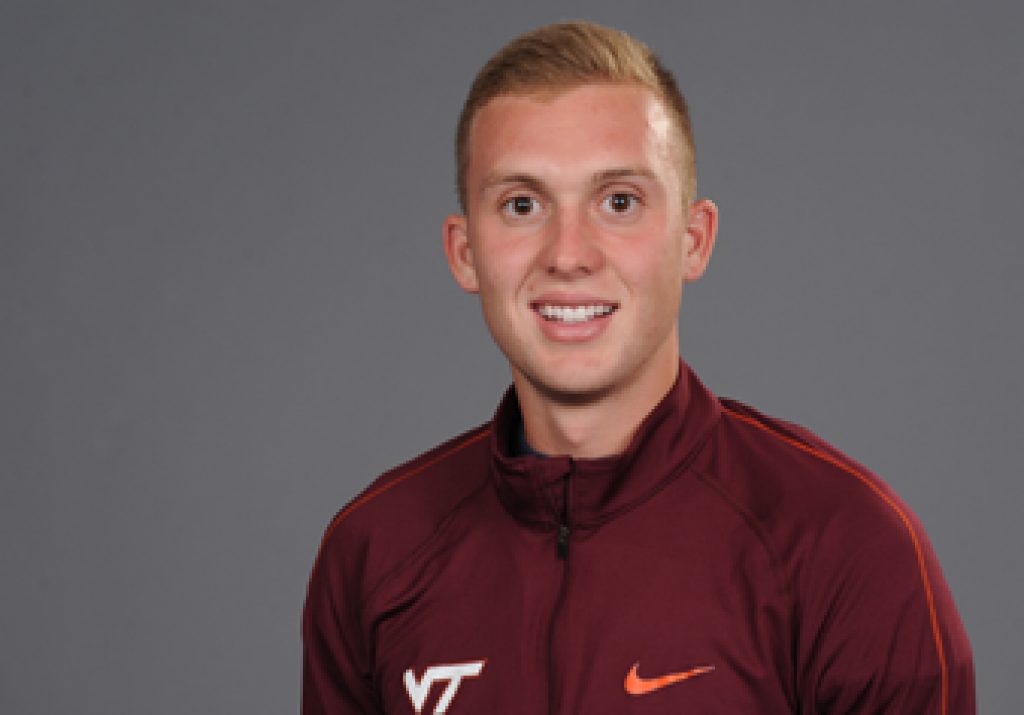